I needed a bit of a break from all the erotica i’ve been reading (not that i’m complaining but you know…). So this was my something different. I usually don’t go for Young Adult and New Adult books but I have to say i’ve stumbled across a few that i’ve loved so I was eager to read this one.

So here’s the blurb: Passionately driven artist, Norah Ross, has been banished from New York to Morewell for her final semester of graphic design at McLaren University. Her move allows her to reconnect with Josh, her best friend, who is more than thrilled at Norah’s appearance back into his life.

At the same time that Norah steps back into Josh’s heart, she learns that he is in the process of being accepted into McLaren’s uber exclusive secret society, the ‘Lappell’. Josh takes Norah to the Lappell’s glamorous parties in the hope of taking their friendship to the next level, but when Norah meets the handsome and elusive Clint Weston, a leader in the Lappell, he sweeps her off her feet in more ways then one.

Norah quickly becomes caught up in an emotional tug-of-war between the two guys while also trying to deal with her own secrets that follow her every day. When Norah’s past begins to intertwine with her present, what unfolds is a series of dramatic events filled with romance, mystery and dark motivations. She quickly realizes the path to real love can be paved in all kinds of lies.

I really liked Josh plus I thought I knew where this story was going. Then Josh goes and does something stupid and messes things up…sigh. Though who wouldn’t forgive him when he asked so nicely?

“Please forgive me Norah, please. You are everything to me. Everything. I needed to do that. It was for us, our future.”

Sigh 🙂 But what’s a good book without a love triangle. So enter Clint. I think this is the first time there’s been a love triangle where I didn’t have a clear favorite. Clint was so incredibly sweet!

“I have never wanted anyone as much as I want you Norah. Your body, your mind, even the way you look at me makes me crazy. I can barely comprehend the level of need I feel for you. You have completely possessed me in a way I never knew was possible.”

Surprisingly, I wasn’t sure why these two men loved Norah. I didn’t identify with her at all. Well apart from her awesome music and her love for tequila. Other than that she annoyed me. She was clearly using Josh…and then moving from both men so freakin fast. And then as if two awesome men are not enough, the love triangle becomes a square, with another nice guy! I mean seriously, what did they see in her?!

Luckily this book was more complex than that. It has two interesting angles that prevented it from being just another angst ridden YA novel. I loved both angles, and to avoid revealing too much i’ll just say there’s the secret society and an organized crime syndicate 🙂 And that’s where the drama heated up, at one point it was like watching a movie.

There’s the good… I feel like the author has a really good story here. Angsty? yes. Dramatic? yes. Sexy? yes.

The bad… It did get too dramatic at places. Also it has editing issues but to be honest i’ve read even worse edited books and loved them so this was something I could overlook.

The ugly… well I wouldn’t say ‘ugly’ per se, but there’s something that I can’t quite put my finger on that made this book less than it could have been. If I figure it out i’ll update my review…

There’s a sequel though and I want to know what it is about Cliff, whether Samuel is truly a nice guy and whether Josh can get the girl. If the author can reconcile the few problems above, then this book should rival the likes of Sempre by JM Darhower. 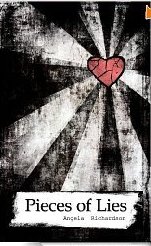 Finally i’d like to thank the author for providing this copy for my honest review.

This entry was posted in New Adult and tagged Contemporary Romance. Bookmark the permalink.