Book Review – All The Ugly And Wonderful Things – Bryn Greenwood

I’ve already found my favorite book of the year. Yes, it was published in 2016, yes,it’s only the 10th of January, but I just can’t see anything beating this book. It’s amazingly written, and it’s taboo, the greatest recipe in my opinion 🙂 For me, it was the experience of a different world, very far removed from my own, yet I weeped with and for the characters. I became so involved that even when I slightly cringed at the taboo, I understood, I empathized. And those two are at the heart of this novel.

So this is the story of Wavy. Wavy’s mom is a drug addict and married to a meth dealer. When they both land in jail, Wavy is moved to her Aunt Brenda’s house. They immediately notice that Wavy is different. She doesn’t speak and she hardly eats. When her behaviour starts rubbing off on her cousin Amy, Aunt Brenda decides to send Wavy back. Wavy is used to being on her own though, despite her age. Her mother is neglectful, her father acts like she doesn’t exist and it’s clear Aunt Brenda can’t keep her. One night, Wavy witnesses a motorcycle crash. The guy, Kellen, is hurt but survives, and this is the start of an unlikely friendship. For starters, Wavy is 8, and Kellen is in his 20’s. But they both find that they can’t help but fall in love.

“I love you, too. I love you.” I said it twice to be sure she heard it. I shivered, not cold anymore but knowing that saying it out loud made it real. For a long time it was this sneaking feeling I didn’t want to look at too closely, but now I’d said it.

I wasn’t sure if I should mention what the taboo topic is here. Particularly because I myself went in blind. But it would be hard to write a review without mentioning the age gap. It’s at the centre of the story – it IS the story.

Right up until that moment it was sweet and funny. Odd couple that they were, they had a real connection. Then he tugged her boot off and kissed the bottom of her bare foot. I could see him doing that kind of thing to his own kid, but she wasn’t. She was someone else’s little girl.

But what amazes me is how the author spins this tale. It’s clearly a love story. Kellen is no pervert.

The more you learn about him the more you realize that these two are meant to be.

Truth was she took care of him as much as he did her. There was a few times when he was younger that I thought to myself, One of these days, he ain’t gonna show up for work, cause he’ll be at home with a gun in his mouth. Jesse Joe was a man with a deep streak of lonely, until Wavy came along.

The story is told in multiple POVs. We get almost all the characters telling the story and that’s what intrigued me the most. To see this love story enfolding in the eyes of other characters. To see how they viewed it and what they felt about it. It was just so wonderfully written. It almost felt too real… like a memoir. The characters were so rich, the storytelling magical, despite it being so tragic.

The crying kept getting louder and louder, until it was hard to listen to. You can look up the word ‘Keening’ in the dictionary, but you don’t know what it means until you hear somebody having her heart ripped out. It went on and on. I was terrified. I didn’t think you could cry like that without hurting yourself. The last ten miles, I cried too. I went all-in for histrionic romance crap, but I’d never loved any guy the way she loved him.

What a story. It takes you through their complete journey. Their ups and downs. And it devastated me. It gave me hope. It reminded me that the world is not black and white. I urge everyone who reads this review to give this book a try – it’s a weighty topic, but oh so worthwhile. 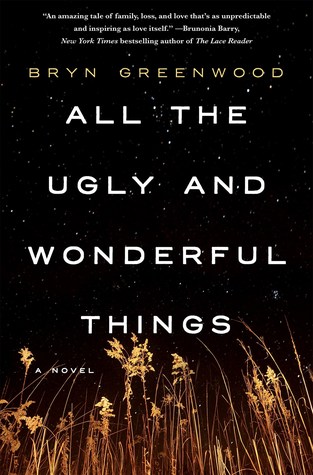 This entry was posted in Dark Romance and tagged Favorites, Taboo. Bookmark the permalink.