I’m excited to be on the Fueled blog tour! Read my review of Book #1 – Driven, here. Then read on… excerpt, 7 interesting facts about Fueled and a giveaway at the end of the post! 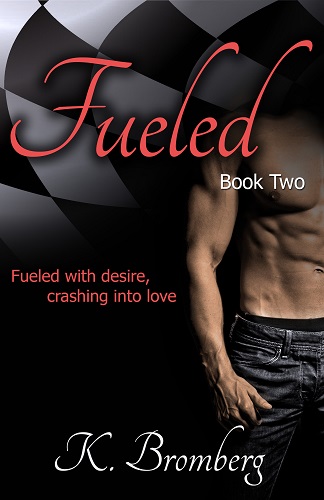 Book #2 of the Driven Trilogy

What happens when the one person you never expected suddenly happens to be the one you’ll fight the hardest to keep?

Colton stole my heart. He wasn’t supposed to, and I sure as hell didn’t want him to, but he crashed into my life, ignited feelings within me that I thought had died forever, and fueled a passion that I never knew could exist.

Rylee fell out of that damn storage closet and into my life. Now I don’t think I’ll ever be the same. She’s seen glimpses of the darkness within me, and yet she’s still here. Still fighting for me. She is without a doubt the saint, and I am most definitely the sinner.

How is it the one thing neither of us wanted—neither of us anticipated that fateful night—has us fighting so hard to keep?

He steals my breath, stops my heart, and brings me back to life again all in a split second of time. But how can I love a man who won’t let me in? Who continually pushes me away to prevent me from seeing the damaged secrets in his past? My heart has fallen, but patience and forgiveness can only go so far.

How can I desire a woman who unnerves me, defies me, and forces me to see that in the deep, black abyss of my soul there’s someone worthy of her love? A place and person I swore I’d never be again. Her selfless heart and sexy body deserve so much more than I’ll ever be capable of giving her. I know I can’t be what she needs, so why can’t I just let her go?

We are driven by need and fueled with desire, but is that enough for us to crash into love?

“Do you have any idea what that does to me? How much knowing you want me turns me inside out?”

“Colton, please,” I plead. Right now I am not beneath begging for him to fill me. To take me to that unprecedented edge that only he can help me climb at a lightning pace.

“Tell me what you want, Rylee.” He chuckles as he withdraws his fingers, and I groan at the sudden feeling of emptiness.

I throw my head back. My eyes close as my body convulses with such need. “You. Colton.” I pant. “I. Want. You.”

He runs his finger over my bottom lip before leaning in and replacing his fingertip with his tongue, darting it between my lips before pulling away. I can’t help the whimper that falls from my mouth. “Tell me, baby.”

In a flash he has me spun around, my back pressed up against the wall. His chest heaves and his jaw clenches as he looks at me with such intensity that I am lost to him. The outside world ceases to exist in this moment as I stand here exposed and unbidden. I am stripped physically and emotionally. I have never been more his.

1. Fueled was finished when I published Driven.  Well, I thought it was. And as much as I don’t let reviews change how I write, there was one comment in particular that really got me thinking that maybe I should. The comment was that Colton was such an enigma, it would be easier to understand and connect with him if the reader could hear his voice. Let’s face it, Colton was a dick at the end of Driven. I really needed the reader to reconnect with him and in order for that to happen, they needed to know why he did what he did. So I kept returning to that reviewers comment. Should I add the prologue to be in Colton’s POV so that the reader understands him better?  I eventually decided, yes, I should. Once I made that change and realized how powerful his voice actually was, my mind started running and I followed it, adding something like ten more chapters from his perspective. And the funny thing is, those chapters—the ones that were never a blip on my radar—are by far my favorite ones in the book. So, thank you ‘anonymous’ blogger (who I’ve since thanked in private) for the critique.

2. There is a scene in the book where Colton talks about “anticipation.” It’s a really good scene full of sexual tension, and I threw that in there as a little shout-out to my husband.  After our first date, my husband sent me a bouquet of flowers to my office and all the card said was ‘anticipation.’ It knocked me back a step when I read it. No endorsement. No greeting. Just the word  ‘anticipation.’ So…that little scene and use of the word, is my own private tip of the hat to my husband.

3. One of the most memorable lines in the book (without giving anything away, I’ll just say that it has to do with a reference to superheroes) was inspired by my four year old son and his infinite love of old school Spiderman episodes on Netflix. I was writing the scene and thinking what a little boy would think and of course I look up and there is Spiderman slinging his way across my television—the soundtrack to my writing. Needless to say, the saying embedded itself in my mind and found it’s way into Fueled.

4. The most memorable lines of the book—no further explanation needed for when you read them, you’ll know which ones I’m referring to—were all added in after the fact. I was in the middle of promotion for Driven so I had some time to sit back and reflect on what I had written in Fueled. That reflection allowed odd, disjointed thoughts to come into my head every now and again. I’d scribble them down on a napkin or rush to my computer to make a note so I wouldn’t forget them. And there is no other word to describe it, but it’s almost as if I have to let the thoughts marinate all together in my head after I’ve taken a step back, and voila, you get the lines that make the book.

5. By far, the hardest thing for an author to write is the book blurb for the jacket.  How do you condense one hundred and fifty thousand words into less than a hundred or so and make people want to read it?  I struggled writing Driven’s blurb—it was incredibly hard.  Well with Fueled, I was shopping at Costco with my three children and low and behold in the middle of the paper goods aisle, the blurb hit me. I plied my kids up with the nearest food samples and set to typing away on my iPhone so that I wouldn’t forget or lose the thought.  I know, I know—with my book it would have been more fitting if I was near the economy sized box of condoms, but fate’s not that perfect.

6. There is one scene in particular in Fueled (chapter 18) that was originally completely different.  I was on my first edit of Fueled when I read Entwined with You by Sylvia Day about a month after its release. One day I’m curled up in my chair with my Kindle and lo and behold, there is a scene where Gideon suggests something to Eva, and I swear I almost dropped my Kindle.  His suggestion was verbatim what I had written in Chapter 18 –specifics, props, actions, everything. Now what was I supposed to do? There were too many comparisons to the Crossfire series as it was because Rylee called Colton the nickname Ace, surely if I left the scene as is, the comparison would be drawn again. Not to mention the criticisms and accusations of copying the story. It took some time for me to figure it out, but I played with the scene a bit and reworked it. I’m so glad I did because the chapter is ‘that much better’ for the change…so thanks Sylvia!

7. I rewrote the ending of Fueled five times, trying to end it five different ways, but in the end, the story kept coming back full circle to tie to something in the prologue. I couldn’t force it any other way. I tried, but it didn’t work. 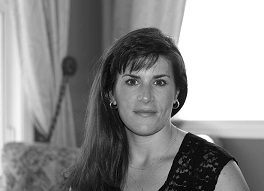 K. Bromberg is that reserved woman sitting in the corner that has you all fooled about the wild child inside of her—the one she lets out every time her fingertips touch the computer keyboard. She’s a wife, mom, child rustler, toy pick-er-upper, chauffer, resident web-slinger, LaLaloopsy watching, American Girl doll dressing multi-tasker of all things domestic and otherwise.  She likes her diet cokes with rum, her music loud, and her pantry stocked with a cache of chocolate.

K. lives in Southern California with her husband and three children. When she needs a break from the daily chaos of her life, you can most likely find her on the treadmill or with Kindle in hand, devouring the pages of a good, saucy book.

Fueled is K. Bromberg’s second published novel and is the highly anticipated second book of “The Driven Trilogy.” Driven was her well-received debut novel and Book #1 of the series.

Just click on a Rafflecopter giveaway to enter! Good Luck!!!

Don’t forget to follow the rest of the tour hosted by Sinfully Sexy on Tour!