2013 has been a wonderful book year for me so far. I’ve read such incredible books so I thought I’d rave about them. They might have been released earlier but I read and loved them all in 2013… (click on the book cover to buy from amazon.com)

My review: This is the first time since owning a kindle that I actually want a paperback copy of a book. And I plan to dog-ear it with multiple re-reads! Click to read full review.

Blurb: He even makes me forget my name. One night was all it took, and I forgot everything and anything except the sexy fighter in the ring who sets my mind ablaze and my body on fire with wanting…

Remington Tate is the strongest, most confusing man I’ve ever met in my life. He’s the star of the dangerous underground fighting circuit, and I’m drawn to him as I’ve never been drawn to anything in my life. I forget who I am, what I want, with just one look from him. When he’s near, I need to remind myself that I am strong–but he is stronger. And now it’s my job to keep his body working like a perfect machine, his taut muscles primed and ready to break the bones of his next opponents . . .

But the one he’s most threatening to, now, is me. I want him. I want him without fear. Without reservations. If only I knew for sure what it is that he wants from me.. 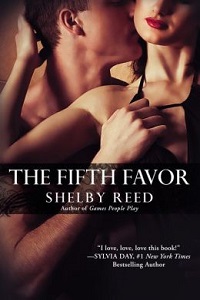 The Fifth Favor by Shelby Reed

My review: God it was such a beautiful story! I couldn’t possibly love this book more. I think it’s my favorite book of 2013 so far. Angst, hot-as-hell-steam, and love, love above all… Click to read full review.

Blurb: Imagine a world where a woman’s every pleasure, every wish and wildest fantasy is granted by the man of her dreams. Such is Avalon, an elite, private club in Washington, D.C., that caters solely to female desires.

There, magazine reporter Billie Cort meets Adrian, the club’s most infamous companion, with the intent to interview him for an article on high-dollar male escorts. Billie can’t foresee, however, how quickly Adrian will strip her defenses and expose her true desires.and in the process, fulfill his own yearning for love. 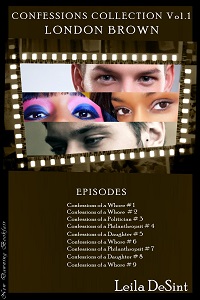 My review: You know the feeling after finishing a brilliant book and you just can’t bring yourself to read another book? When the thought of picking up another book feels like cheating? That’s precisely how I feel. Click to read full review.

Blurb: Descend into a world of deception, depravity, decadence, desire and desperation…

In the opulent setting of London’s aristocracy, lives a young woman fractured into two distinct individuals, one face with multiple facets. One façade, a whore, London Brown, who will confess unfathomable truths, the other, a loving daughter, Desniah Williams will pull back the curtain to reveal what lurks in the shadows.

Caden Jacob Carrington V, a politician will do anything to reclaim the woman he lost, including dredging up pains of the past.

Rhys Christos Edward Stowell, a philanthropist will fight to win the woman he loves while baring the darkness of his soul. 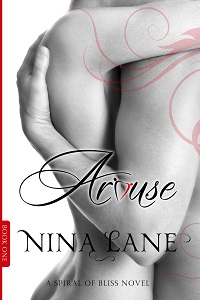 My review: Sigh, I could read only Nina Lane’s books all year and be completely sated. Click to read full review.

Blurb: “One day I’m going to touch you in a thousand different ways and show you how to touch me,” he said. And he did.

Turning Point by Tiffany A. Snow

My review: Tiffany A. Snow has created the best love triangle I’ve ever read. I’m addicted to the characters and I can’t thank her enough for creating a heroine so reminiscent of my favorite heroine growing up… Click to read full review.

Blurb: After her promotion from law firm Runner to Investigator, Kathleen Turner is learning the ropes of her new job from none other than assassin-for-hire Kade Dennon, a situation her boyfriend Blane Kirk is none too happy about. But the lessons with Kathleen take a back seat when Kade becomes a target. Previously untouchable, his enemies now know of the chink in his armor – his brother’s girlfriend.

And Kade’s not the only thing coming between Kathleen and Blane. From Blane’s inexplicable defense of a man guilty of a horrible crime, to a mysterious stranger from Kathleen’s past, to Kathleen’ risky investigation into human traffickers, the obstacles mount against a relationship that’s just begun to find trust again.

While Blane considers a job offer that would take him back to the front lines in the war on terror, Kathleen is determined to pursue her new career, with or without his approval. Unfortunately, her current case is far more dangerous than anyone knows. Someone close to Blane will go to extreme lengths to split them up, lengths that may prove worse than death for Kathleen.

Kathleen, Blane and Kade must atone for the sins of the past and the present. The fallout will force Kathleen to a turning point…in her career, and her life.

The Angel by Tiffany Reisz

My review: My! It’s never good for a reviewer to lack words… and I’m always rendered speechless by Tiffany Reisz’s books. I’m in awe… Click to read full review.

Blurb: No safe word can protect the heart.

Her host, the wealthy and uninhibited Griffin Fiske, is thrilled to have Nora stay at his country estate, especially once he meets her traveling companion. Young, inexperienced and angelically beautiful, Michael has become Nora’s protégé, and this summer with Griffin is going to be his training, where the hazing never ends.

But while her flesh is willing, Nora’s mind is wandering. To thoughts of Søren, her master, under investigation by a journalist with an ax to grind. And to another man from Nora’s past, whose hold on her is less bruising, but whose secrets are no less painful. It’s a summer that will prove the old adage: love hurts.

My review: I found the perfect book. Perfect because as a lover of dark erotica, I am aware that most of it is not about romance… but I never stop hoping… hoping that even as they embrace the darkness, they can find some equilibrium, some light, maybe even love. This is precisely why Wanderlust is the perfect book for me… incredibly dark, but emotional too and yes, I rooted for this unlikely couple. Click to read full review.

Blurb: Can love come from pain?

Evie always dreamed of seeing the world, but her first night at a motel turns into a nightmare. Hunter is a rugged trucker willing to do anything to keep her—including kidnapping. As they cross the country in his rig, Evie plots her escape, but she may find what she’s been looking for right beside her.