I love reading other readers’ reviews especially for a book i’ve read myself. So this was reviewed by Bennita (a fellow Goodreads enthusiast). Find the book on yesterday’s freebies list.

When the abusive Dom from Angelina’s past threatens, Marc’s protective instincts kick in; he must keep her safe. Again at the Masters at Arms Club, she turns the tables on Marc—and turns his safe, controlled world upside down.

This series is off to a pretty good start. I felt connected to the characters. The plot was decent. There was just something – I can’t put my finger on that keeps me from giving it a higher rating.

It also made no sense to me why Marc lied to Angelina about working in the club. It just seemed like a very trivial thing to develop a conflict out of, but nevertheless, I love conflict and it kind of worked for the book. 3 stars it is for this one. On to the next. 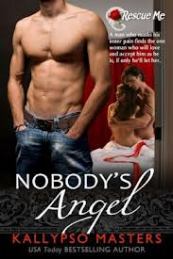