My mind has just been totally and utterly mind fucked! This book went above and beyond anything I imagined. I’m not even sure I should write a review in my state. First thought after I finished the book, “I don’t think my heart can handle book #2”, then I immediately went to Amazon and got book #2. Damn me and my lack of self preservation!

I have to place a warning, this is NOT a romance novel, nor is it erotica. There are elements of both but the author firmly places her book in the Psychological Thriller category and I have to agree.

First things first, a synopsis. Claire Nichols wakes up in a room. She quickly remembers that she was abducted. Her captor is Anthony Rawlings, a rich, handsome but brutal man who is hell bent on controlling every aspect of Claire’s new existence. Claire quickly discovers there are two sides to Anthony. He can be kind and generous one minute, and downright sadistic in the next. He assures her that he’ll release her once her “debt” is cleared and eventually she learns to obey him. What starts out as non consensual eventually becomes consensual…Stolkholm Syndrome personified.

I have to say that I perfected my WTF face reading this book. There were so many instances I thought, “What the hell Claire, now’s your chance! Get the hell out of there!” At about 37% I was in complete shock. This man’s brutality elevated to levels my poor brain could not comprehend. At 44% I feared my WTF face would become a permanent feature!

Ok, so even I have to admit he was sweet, loving and generous sometimes. And when he was it was so beautiful you could almost forget his crazy side…almost! I did have moments I liked Anthony. He was even romantic at times!

I read the rest of the book alternating my WTF face with my ‘is this really happening’ face. I just couldn’t believe much of what was happening. Not that it wasn’t well written (albeit a bit too descriptive), just that I guess I can’t really picture this happening to anyone and them responding the way Claire did. God she was infuriating at times! Did I mention that the book is very descriptive? What she ate, what she wore, the weather….everything is in too much detail. Usually I would be tempted to skim but I was too worried i’d miss something crucial!

Finally at 88% my jaw dropped and it stayed there until the end of the book. I gave myself a pep talk to stick to the genres I know but I found myself buying the next book in the series. I’m pretty sure i’ll read a flowery romance after this, my heart needs it!

I give it 4.5 Stars. Would have been more if it was less descriptive. Also I do have a preference for Romance and Erotica and if both or at least the latter had been employed more, I would have rated it higher. 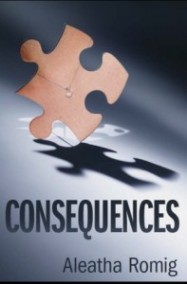 PS: It is only .99 cents right now and so worth it! Book #2 Truth is in my TBR list and I can’t wait to see what happens!

This entry was posted in Uncategorized and tagged Controlling/Possessive Men, Dark, Psychological Thriller. Bookmark the permalink.